The Impact of Taking Cigarettes Off the Shelves

The decision by CVS Health CVS +0.81% to stop selling cigarettes contributed to a drop in tobacco purchases for all retailers, new data from the drugstore giant shows.

The analysis, published in the American Journal of Public Health, comes less than three years after the company in fall of 2014 stopped selling all tobacco products in an unprecedented move that gained national attention from public health advocates, doctors and the White House. “After CVS’s tobacco removal, household- and population-level cigarette purchasing declined significantly,” the study concluded. 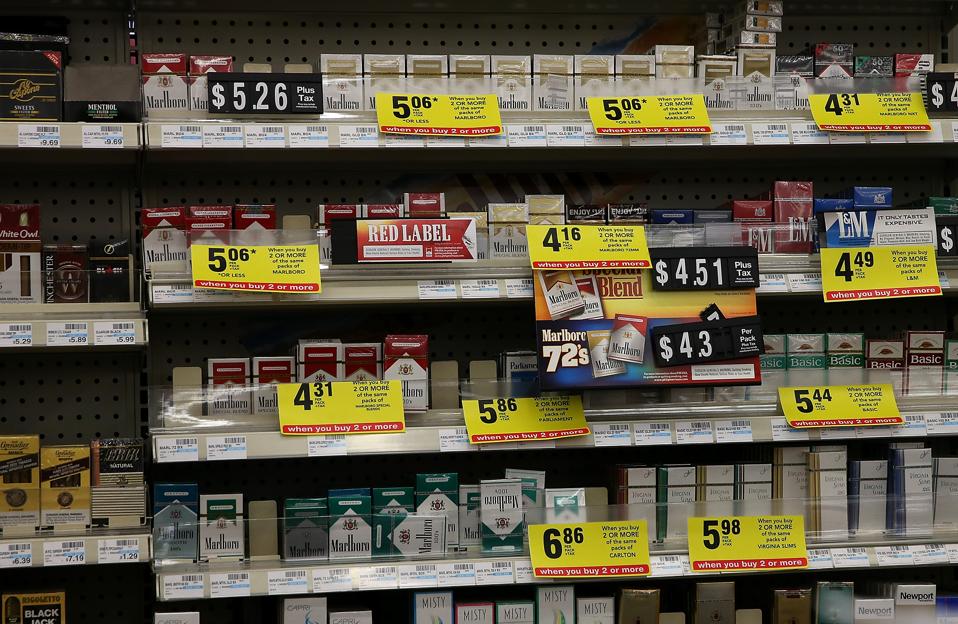 Packs of cigarettes are displayed on a shelf at a CVS store on February 6, 2014 in Greenbrae, California. CVS no longer sells tobacco products as of October 1, 2014 at its CVS/pharmacy stores. (Photo by Justin Sullivan/Getty Images)

The decision had a much bigger impact on consumers who bought cigarettes only at CVS drugstores. Those particular CVS customers were 38% more likely to stop buying cigarettes, CVS research in the American Journal of Public Health shows.

Research for the study included use of household purchasing data to examine American households that stopped buying cigarettes for at least six months during the period of September 2014 to August 2015. The study, written by CVS executives and paid for by the company, was a peer-reviewed article, the journal disclosed.

“When we removed tobacco from our shelves, a significant number of our customers simply stopped buying and hopefully smoking cigarettes altogether instead of just altering their cigarette purchasing habits,” Dr. Troyen Brennan, CVS Health chief medical officer, said in a statement accompanying the journal article. “This research proves that our decision had a powerful public health impact by disrupting access to cigarettes and helping more of our customers on their path to better health.”

The Forbes eBook On Obamacare
Inside Obamacare: The Fix For America’s Ailing Health Care System explores the ways the Affordable Care Act will impact your health care.

Though CVS said tobacco and related sales amounted to a loss of $2 billion in annual sales that existed when it sold cigarettes, the drugstore giant’s overall sales have been up in drugstores the last three years thanks to new business from the Affordable Care Act, its growing pharmacy benefit management division and growing medical services businesses.

As for its rivals, CVS’ decision hasn’t triggered a trend. None of CVS’ rivals, including Wal-Mart Stores WMT +0.44%, Rite Aid RAD -2.53% or Walgreens Boots Alliance , have followed with their own plans to stop selling cigarettes despite pressure from public health groups and some of their shareholders. Walgreens, for example, has instead said it is pushing harder on smoking cessation programs for its customers. Reached for comment, Walgreens wouldn’t provide sales figures for the tobacco products it sells.

Owning Your Feelings & Helping the Uncomfortable Ones Pass

There are no users currently online
Skip to toolbar